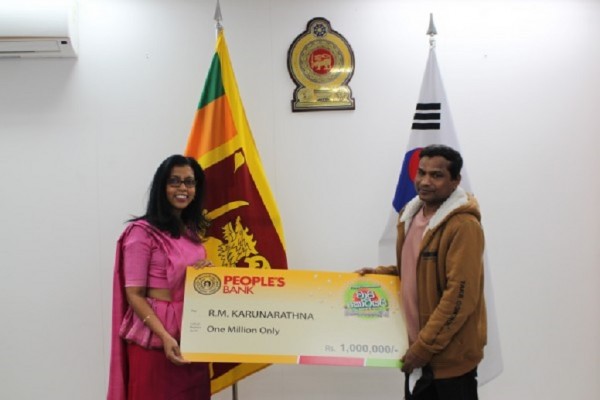 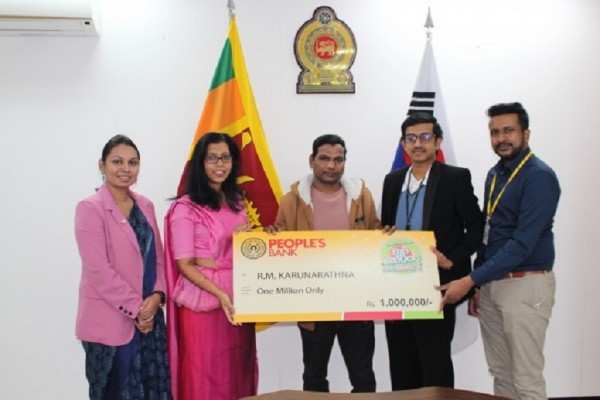 ﻿ The monthly prize of the ‘ People’s Remittance Vaasi Kotiyai’ , the foreign remittance promotion campaign of the People's Bank, was won by Mr.R.A.Karunarathna, a Sri Lankan migrant worker in South Korea. The cash award of Rs. 1,000,000 was handed over to the lucky winner by Savitri Panabokke, Ambassador of Sri Lanka to the Republic of Korea, on 14th January 2023 at the Embassy premises. Ms. Sachini Dias, Second Secretary of the Embassy and representatives of the People's Bank were also present at the event.