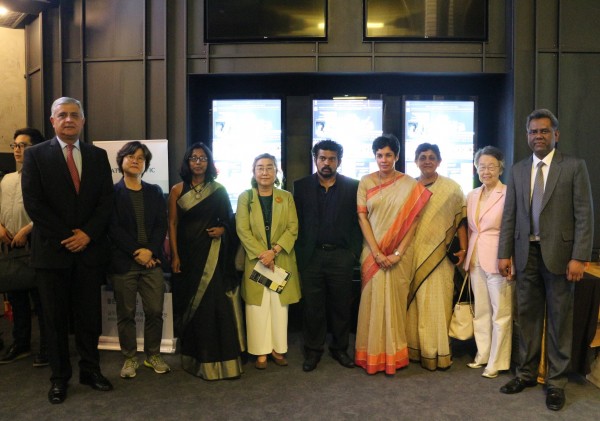 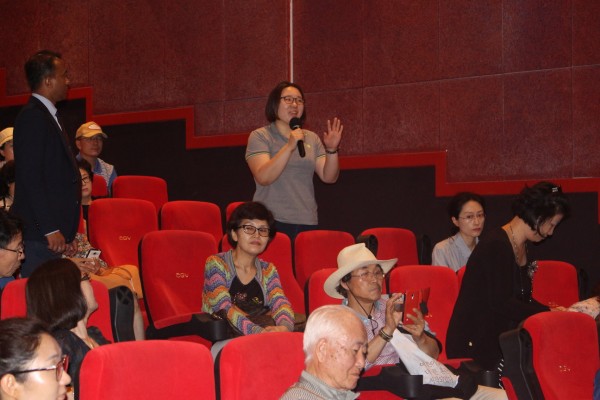 Question & Answer session after the screening of Asoka Handagama’s ‘Let Her Cry’. 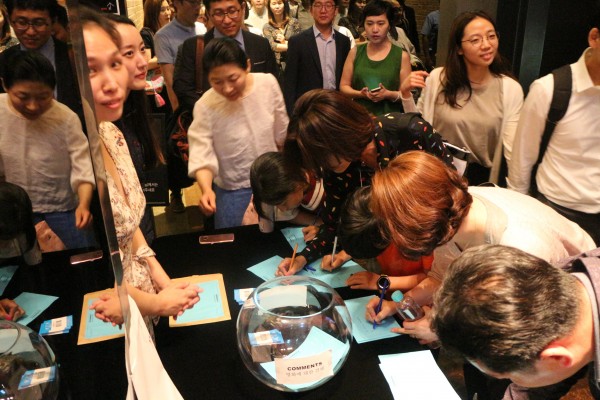 The audience writing comments after a film screening. 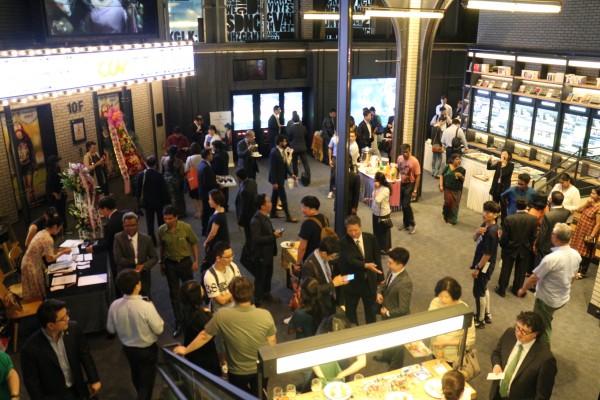 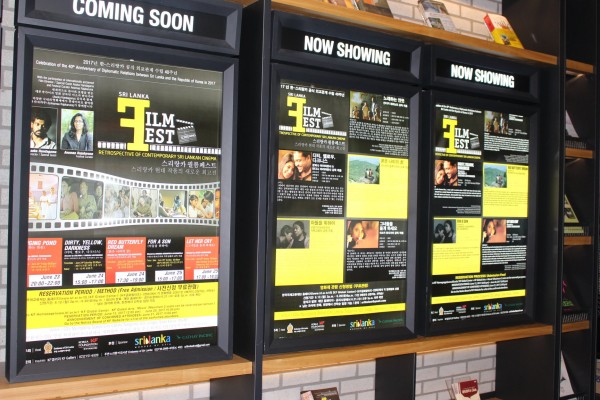 Sri Lanka Film Fest: A Retrospective of Contemporary Sri Lankan Cinema opened to a packed audience on Friday 23 June 2017 at CGV Myungdong Station Cine Library in Seoul.  The Festival which continued over the weekend of 24 and 25 June, entailed the screening of five contemporary internationally acclaimed Sri Lankan films which were well received by Korean movie lovers and the general public.  The Festival was organised by the Sri Lanka Embassy in the Republic of Korea and the Korea Foundation, with the support of the Sri Lanka Tourism Promotion Bureau, Cathay Pacific Airlines and other sponsors.

Internationally acclaimed directorial debut films ‘Dirty, Yellow Darkness’ (directed by Kalpana and Vindana Ariyawansa), ‘Red Butterfly Dream’ (directed by Priyantha Kaluarachchi) and ‘For a Son’ (directed by Suranga Deshapriya Katugampala) were screened over the weekend of Saturday 24 June and Sunday 25 June.  The festival concluded with veteran film Director Asoka Handagama’s eighth internationally acclaimed film ‘Let Her Cry’, followed by a Q&A session where Director Handagama responded to questions posed by the audience.  Each film was introduced by Festival Curator Anomaa Rajakaruna and included a Comments Box at the end, where the audience got the opportunity to place their comments.

The comments overall welcomed the universal appeal of the films as well as the rare opportunity to understand Sri Lankan cinema.  Excerpts of some interesting comments (translated from Korean) are as follows: ‘The natural and simply way of life is one of the most important elements which we forget in normal films. The film shows the profound happiness we can find through small things in life. Thank you for giving me the chance to see this very good movie’. (Singing Pond). / ‘The movie provided information on an illness using a realistic narrative structure. I was able to learn about this illness as well. An impressive film about human life, human values and love’s worth’. (Dirty, Yellow Darkness). / ‘This was a really fascinating film. I will definitely recommend it to other people and filmmakers. Interesting usage of sound. Adding in a mythological element into a modern era with the confusion of love integrated. Its slow silence creates a space to really get into the stay. Brilliant!’ (Red Butterfly Dream). / ‘I could understand and empathise with the film character’s situation, because I raise kids myself. I think a mother’s sacrifice is the same all over the world. Thank you for giving me the chance to see this good movie.’ (For a Son). / ‘Even though it was an unusual subject matter to deal with, it was good because it placed emphasis on the country of Sri Lanka and the director’s own interpretation and way of expression. I hope such meaningful opportunities will be provided more often.’ (Let Her Cry).