The Opening Ceremony of 'Architectural Modernism in Sri Lanka: Geoffrey Bawa - Valentine Gunasekara' at the Asia Culture Centre in Gwangju, Republic of Korea. 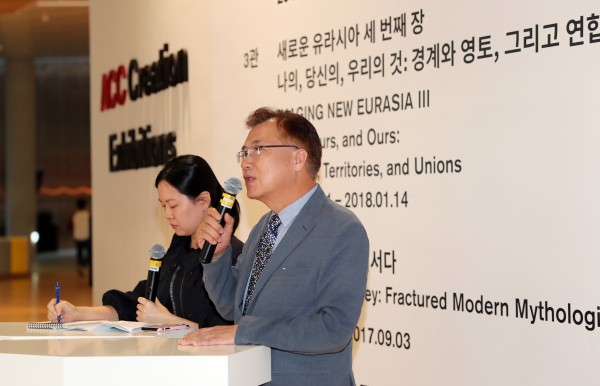 Acting President of the Asia Culture Centre Bang Sun-gyu addressing the audience at the inauguration of the exhibition. 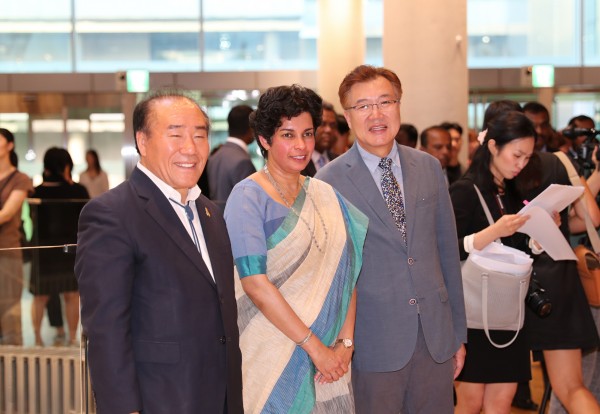 Acting President of the Asia Culture Centre Bang Sun-gyu, Ambassador of Sri Lanka to ROK Manisha Gunasekera and Superintendent of the Gwangju Metropolitan Office of Education Jang Hwi-guk at the inauguraiton of the exhibition. 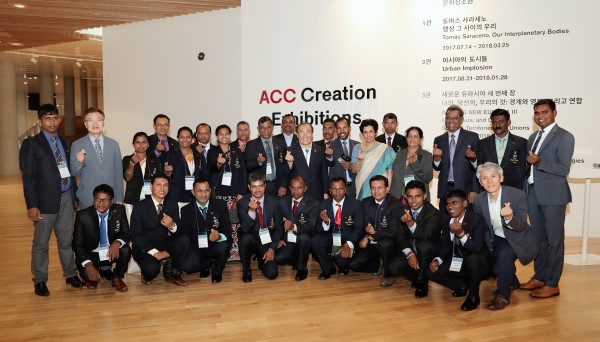 Acting President of the Asia Culture Centre Bang Sun-gyu, Ambassador of Sri Lanka to ROK Manisha Gunasekera with the Sri Lankan trainees participating in the e-learning programme of the Gwangju Metropolitan Office of Education at the inauguration of the exhibition. 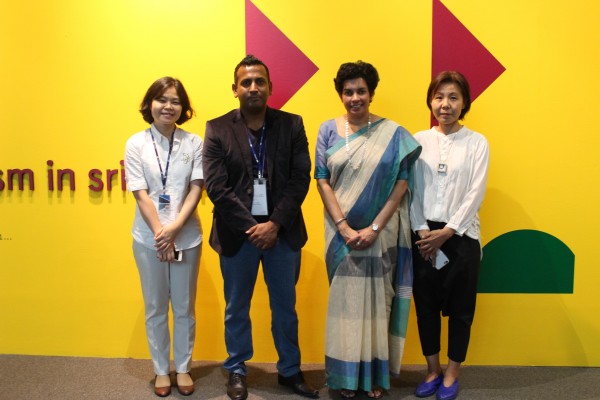 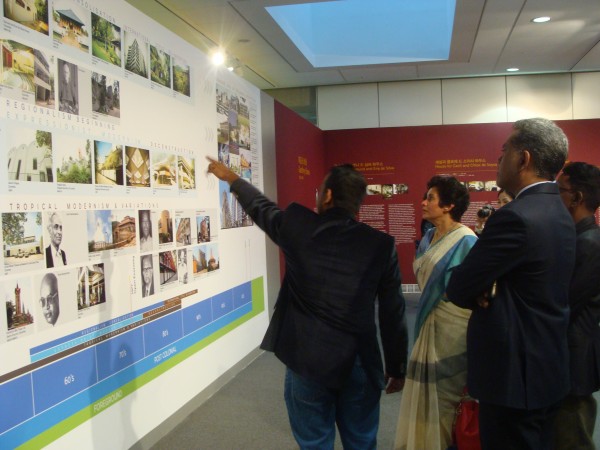 VR Media at the exhibition. 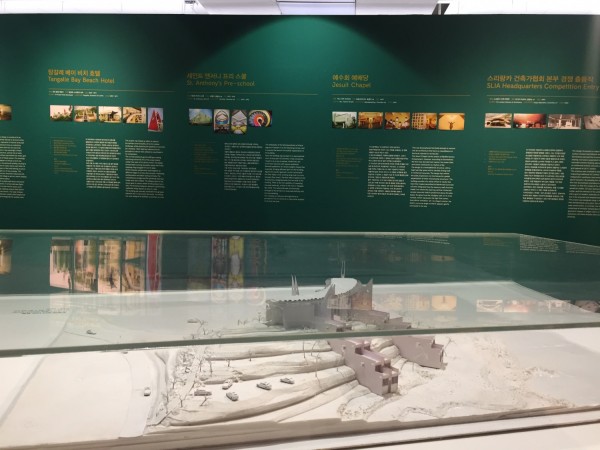 An exhibition on the work of Sri Lanka’s master architects Geoffrey Bawa and Valentine Gunasekera titled ‘Architectural Modernism in Sri Lanka: Geoffrey Bawa – Valentine Gunasekera’, hosted by the Asia Culture Center (ACC) and produced by the Asia Culture Institute (ACI) in Gwangju, was inaugurated at the ACC in Gwangju on 31 August 2017.  The exhibition which also celebrates 40 years of diplomatic relations between Sri Lanka and the Republic of Korea, was inaugurated by the Acting President of the ACC Bang Sun-gyu, in the presence of Sri Lanka’s Ambassador to the Republic of Korea Manisha Gunasekera; the President of the ACI Kim Byeong Seok, the Superintendent of the Gwangju Metropolitan Office of Education Jang Hwi-guk, and other distinguished invitees and attendees.

The exhibition was curated by Sri Lankan architect Dr. Nishan Wijetunge who provided an introduction to the work of the two master architects, Geoffrey Bawa and Valentine Gunasekera, as well as the impact of their work on architectural modernism in Sri Lanka and Asia.  While both Bawa and Gunasekera had their architectural upbringing rooted in mid-20th century modernism, Curator Wijetunge pointed to the fundamentally different architectural styles that they adopted.

Ambassador Gunasekera welcomed the holding of the exhibition in Korea and thanked the ACC, the ACI, the curators and the organisers for putting together an informative and inspiring exhibition.  She observed that Geoffrey Bawa is today regarded as one of the most influential Asian architects of the twentieth century, and that his work on tropical modernism has inspired modernist architecture in Sri Lanka and Asia.  She noted that the work of Bawa and Gunasekera can be viewed as representative of modern Sri Lanka and its cosmopolitanism, embodying a blend of the country’s indigenous traditions as well as its colonial and post-colonial heritage.  Looking at Bawa from the vantage point of Korea, the Ambassador observed that his minimalist aesthetic and spatial arrangements resonate with and demonstrate an affinity with East Asia.

The exhibition is unique in using VR media to provide the visitors with a virtual experience of the work of the two architects, in addition to photographs, models and other installations.  The exhibition will continue at the ACC until 29 October 2017.   During the visit to the ACC, the Ambassador and staff of the Embassy also viewed the exhibition space of artist Samvarthini Gunaseharam from Northern Sri Lanka at the 2017 ACC Arts Space Network.

The Embassy of Sri Lanka in the Republic of Korea and the organisers were deeply saddened to receive the news of the passing away of architect Valentine Gunasekera on 4 September in Sacramento, California, a few days after the inauguration of the exhibition.  The exhibition in this context gains greater significance as a serious appreciation of Gunasekera’s work, aesthetic and legacy.